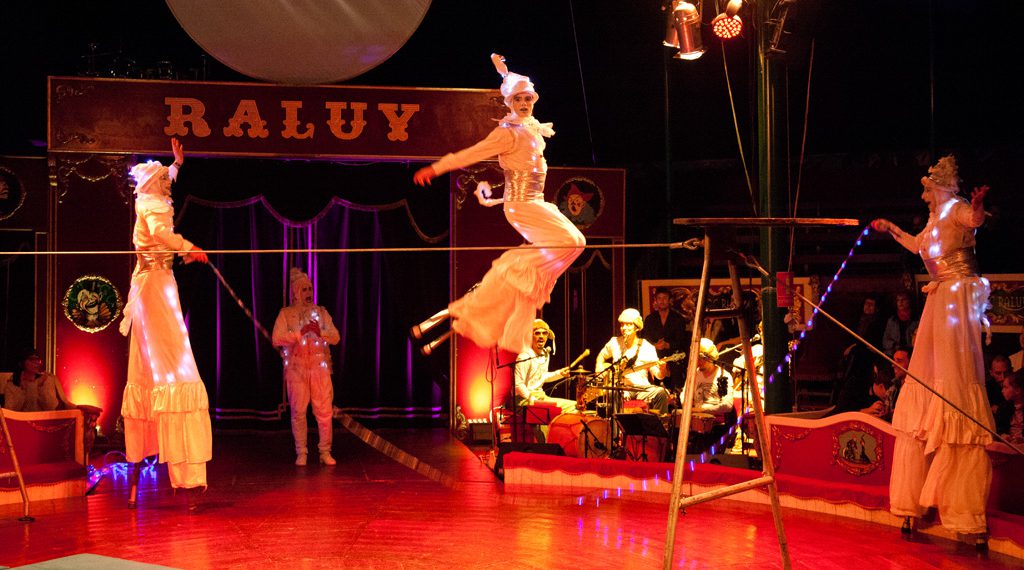 From immemorial times the Moon - and its likely inhabitants - have been axis of the most varied human fantasies. In this show, the moon jugglers recreate in their imagination to tell us a visual story that revives the curiosity and the ability to surprise us.

The "Lunar Sphere" starts the traveling show in a surprising atmosphere.

The Moonlight characters, elegant minstrels, and at the same time absurd, go through the parade interacting and generating direct theatrical actions with the public, leaving behind the stelae of their particular theatrical, sound and visual universe.

When they arrive at the stage, Juglo introduces his crew leading to the start of the show.